Hamburg, 07.12.20 - On 02.12.20 and 03.12.20 the 13th German Sustainability Award (GSA) was presented in Düsseldorf. On Friday evening, the British singer Sir Elton John, the German musician Joy Denalane and the American singer-songwriter Jack Johnson received honorary awards. The special prize of the Next Economy Award went to YouTuber and singer Fynn Kliemann. The day before Milky Chance received the German Sustainability Award.

"Due to Corona, this year's award ceremony resembled a TV show. Musical highlights of the events were the live performances of Joy Denalane, Jack Johnson and Milky Chance. Other emotional highlights were the laudations and thank you speeches, as well as the short film documentaries about the artists' commitment," says Stefan Lohmann, Artist Relations Manager of the German Sustainability Award, about the course of the event. "This year, I am particularly pleased about the great variety of commitment, which the international stars and honorary prize winners are committed to. After all, sustainability is not only about ecology and environmental protection, but also about social justice, equality, inclusion and human rights. It is about achieving the global sustainability goals (GSG's)."

Joy Denalane is one of the country's most prominent artists and the first German artist to be signed by the legendary Motown label. She is a courageous voice against discrimination, racism and stigmatization of people at home and abroad.

The topic of marine protection runs like a red thread through the private and artistic life of the Hawaiian Jack Johnson, who is committed to a responsible lifestyle and the conservation of nature in numerous projects and initiatives.

Milky Chance is committed to climate-neutral and sustainable touring and recording. It is important to them to take their fans on this journey and to inspire them for the topic. The award was presented by Severin Kantereit of the band AnnenMayKantereit. Jack Johnson also congratulated Milky Chance on the award. The artists are not only united by the theme of sustainability, but also by the joint recording of the current single "Don't Let Me Down".

Fynn Kliemann receives the special prize of the Next Economy Award as a modern entrepreneur who is characterized by an extraordinary combination of entrepreneurial spirit, creativity and fairness.

The entire program with live actors and guests was broadcast with eight cameras. Among the participants were the Federal Minister for Economic Cooperation and Development

Further honorary prize winners:
The researcher Prof. Ugur Sahin and the researcher Dr. Özlem Türeci of the company Biontech for the development of the first corona vaccine.

EU Commission President Ursula von der Leyen will receive her award for the European "Green Deal" in spring 2021 at a special event.

U.S. futurologist Jeremy Rifkin is committed to an ecological, responsible and future-oriented economy. He is considered one of the most important pioneers of sustainable development and a valued advisor to political decision-makers. 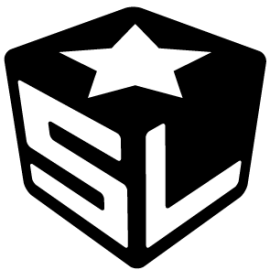 Wir suchen für Dich
International Support
If you have questions about the suppliers, the artists or the offers,
please don't hesitate and send us an email (info@memo-media.de)
or call us +49 2296 900946.
We call you back, try to help you and put you in touch together.